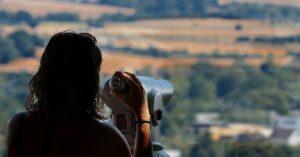 The initiation rites of the third, fourth, and fifth Sundays of Lent don’t have the most comforting of names. On these days we engage the elect in rites and prayers called scrutinies and exorcisms. The first connotes probing and critical examination of one’s life, and the second—well, let’s just say many of us have had nightmares because of what Hollywood thinks exorcisms look like.

Yet if we understand the history of these initiation rites, we’ll see that they are both more pastoral and comforting than we may think.

The scrutinies are more pastoral and comforting than we may think.

To call the current rite with the elect “scrutiny” is a bit of a misnomer. Paul Turner gives a good overview of how we got where we are today in terms of the scrutinies.

In the earliest ritual books of the church, exorcisms and scrutinies seemed to be separate events celebrated sometimes on a daily basis. One of these early documents, called the Apostolic Tradition, notes that the catechumens’ conduct was examined at a time just before their baptism. After this examination, the bishop laid hands daily on the catechumens and led prayers of exorcism over them until their baptism. The scrutinizing of the catechumens’ lives was meant to prepare them for baptism, while the exorcisms served to prove that the scrutinies were working. The two rites were distinct yet related and were both loving acts of the church for the elect.

As fewer adults were being initiated and the number of infant baptisms increased, these two rites were condensed into one liturgy, like we have today. Yet, no longer were these rites seen as preparation for baptism. Rather they became somewhat perfunctory rites done just before baptism as part of the tradition. By the 12th century, the elect participated only in an exorcism on Saturday morning right before the baptismal liturgy. By the 17th century, even this was moved to the beginning of the baptismal rite itself—we still do this in today’s Rite of Baptism of infants. Perhaps it was this diminishing, not only in time but also in meaning, that spurred on some of our more negative connotations of these two rituals.

Paul Turner summarizes the history of scrutinies best in this way:

They consistently served as a way of ritually assessing one’s readiness for baptism, but what they investigated changed from one generation to the next. They scrutinized spiritual development, moral behavior, intellectual understanding, and even the intelligence of godparents.By the time of the reforms of the Second Vatican Council the scrutinies had been transformed into a series of exorcisms invoked within the baptismal liturgy, in Latin, where no real scrutinizing was expected.

In the renewal of the initiation rites, the scrutiny is meant not simply to critique and assess one’s readiness—remember that readiness was established at the Rite of Election with the godparents’ testimony and the bishop’s acceptance of the catechumens’ names. The purpose of each of the scrutinies is “to uncover, then heal all that is weak, defective, or sinful in the hearts of the elect” and “to bring out, then strengthen all that is upright, h3, and good” (RCIA, 141). The true pastoral sense of this two-fold act of uncovering and strengthening is emphasized in the next sentence of 141: “For the scrutinies are celebrated in order to deliver the elect from the power of sin and Satan, to protect them against temptation, and to give them strength in Christ.” At its core, the scrutinies are not about the sinfulness of the elect but about the overwhelming grace of God in Christ. The exorcisms are not fear-laden bouts with Satan but are grace-filled encounters with the healing power of the Spirit.

In the current rite, it is difficult to name what is the “scrutinizing” event. I would argue that the proclamation of Scripture, especially the gospel, serves to scrutinize the elect, for it is in the word proclaimed that we encounter Christ. As Rita Ferrone, one of our TeamRCIA writers, says, “A scrutiny is very different from submitting one’s conduct to the judgment of the church. Better to say that Jesus is the one who scrutinizes the elect, whom he loves and has called to himself” (“Lazarus, Come Out! The Story and Ritual of the Third Scrutiny” in Catechumenate: A Journal of Christian Initiation, Liturgy Training Publications, January 1992, p. 3.) Further, “next to the proclamation of the word, the intercessions are the crucial element within the ritual, for within them the cutting edge of the word is concretely focused on the human heart” (Michael Marchal, “Scrutinies: Words That Cut” in Catechumenate: A Journal of Christian Initiation, January 1993, p. 21).

What does this mean for us then? I think this brief look at the history and purpose of the scrutinies gives us three points to remember: