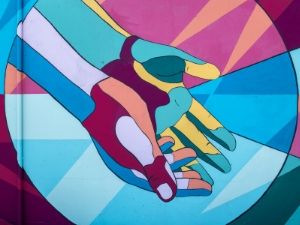 During a recent TeamRCIA Community Chat, several questions came up about celebrating the scrutinies outside the usual times. Let’s take a look at some issues that parishes may be experiencing.

First, let’s recall the purpose of the scrutinies.

The scrutinies are meant to uncover, then heal, all that is weak, defective, or sinful in the hearts of the elect; to bring out, then strengthen, all that is upright, strong, and good. For the scrutinies are celebrated in order to deliver the elect from the power of sin and Satan, to protect them against temptation, and to give them strength in Christ, who is the way, the truth, and the life. (RCIA 141)

Note that the scrutinies are not meant to be a penitential examination of conscience, as though we might use them as a stand-in for penance before baptism. They are rather a guard against evil and a strengthening in Christ. In the scrutinies, the gathered assembly—the body of Christ—surrounds the elect with prayer and calls upon God to make the elect ready to celebrate the sacraments of initiation. The celebration of the scrutinies is a final step on the journey of conversion to Christ:

These rites, therefore, should complete the conversion of the elect and deepen their resolve to hold fast to Christ and to carry out their decision to love God above all. (RCIA 141)

The scrutinies work over time, in a progressive fashion. The RCIA says that by celebrating the three scrutinies over a period of weeks, two things happen.

First, “the elect are instructed gradually about the mystery of sin, from which the whole world and every person longs to be delivered and thus saved from its present and future consequences” (RCIA 143).

Second, “their spirit is filled with Christ the Redeemer” (RCIA 143).

These are huge, huge, huge spiritual benefits! We would never want to deny this powerful step in the conversion process to the elect. Because this step is so crucial to their spiritual conversion and their preparation for initiation, all three scrutinies must be celebrated.

In many dioceses, the bishop has determined that the COVID-19 restrictions are extraordinarily serious reasons and have dispensed the elect of his diocese from celebrating two of the scrutinies. That has raised several questions among RCIA teams.

Can we celebrate the scrutinies online?

No. We can pray the prayers of the scrutinies online, just as we pray the prayers of a live-streamed Mass online. But it is not a valid celebration of a scrutiny. Just as with the Mass, a valid celebration of a scrutiny requires the full, conscious, and active participation of the faithful physically gathered together in the same place with the presiding minister.

There are huge, huge, huge spiritual benefits to celebrating the scrutinies! We would never want to deny this powerful step in the conversion process to the elect.

If the bishop has dispensed the obligation for the celebration of the scrutinies, does that mean we cannot celebrate them?

No. The dispensation from the obligation is not a restriction. It is meant to provide pastoral flexibility in a time of crisis. Imagine, for example, a normal year. One of your elect becomes extremely sick. You ask the bishop for a dispensation for the coming Sunday’s scrutiny, which is granted. But a few days after the scrutiny, your elect miraculously recovers. You could joyfully celebrate the missed scrutiny with him or her at a weekday Mass. Similarly in this pandemic, once we are able to gather again, we have the option of celebrating the missed scrutinies with our elect.

Do the scrutinies have to be celebrated at a Sunday Mass?

No. It is ideal that the scrutinies would be celebrated at Sunday Mass so that “the faithful in the assembly will also derive benefit from the liturgy of the scrutinies” (RCIA 145), but you have the option of celebrating the scrutinies during the week.

Can the scrutinies be celebrated outside of Mass?

Yes. Celebrating the scrutinies within Mass is ideal, but you have the option of celebrating them in a Liturgy of the Word service.

Does a priest have to preside at the celebration of a scrutiny?

If you celebrate the scrutinies in a Liturgy of the Word service outside of Mass, a deacon may preside (see RCIA 145).

What readings do we use for the scrutinies?

What if we are planning for initiation at Pentecost? When should we celebrate the scrutinies?

The Sundays of Easter cannot be replaced with ritual Masses or other readings from the lectionary. So if you will be celebrating the scrutinies in the Easter Season, they must be celebrated either at a weekday Mass or a Liturgy of the Word service outside of Mass.

No. These are separate rites and require separate celebrations. There is no provision for combining them.

Can we combine the scrutines with the Anointing of Catechumens?

If the restrictions are partially lifted and we are able to gather in small groups, should we celebrate the scrutines with just a few people?

That is a judgement call based on the pastoral needs of your elect and your parish. The ideal to hold in mind is having the entire parish (or a very large segment of the parish) surrounding the elect in prayer. The elect will only have this experience once in their lives, and we want to celebrate it as fully and powerfully as possible. However, the ideal is not always possible. I would say strive for the ideal as much as you are able in your situation and make pastoral compromises as necessary.

Are there other questions that you have about the scrutinies? What has it been like to not hold the scrutinies this year? Share your thoughts in the comments below.

Photo by Tim Mossholder on Unsplash