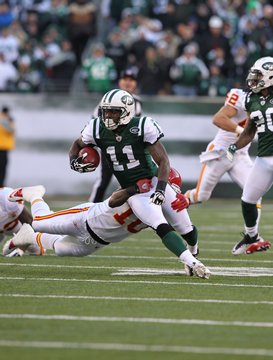 In 1968, the best team in the upstart American Football league was led by a brash young quarterback who had thrown most of his passes that year for interceptions. Even so, they were slated to go up against the far superior National Football League champions—the Baltimore Colts—in Super Bowl III. Most people expected a crushing victory for the powerful Colts.

So the sports world was more than slightly amused when three days before the big game, Joe Namath, quarterback of the New York Jets, guaranteed that he would lead his team to victory. And, of course, he made good on his boast.

It was not only the Jets’ skill that won the game. Namath didn’t throw a single pass for a touchdown—making the Jets the only team in Super Bowl history to win without a touchdown pass. What beat the Colts was complacency. The Colts were so sure of their dominance, they didn’t realize they were losing until it was too late.

Okay, I know our RCIA teams are not football teams. But all teams, no matter what kind, tend toward complacency. In his book, Leading Change, John P. Kotter says the way to overcome complacency is to increase the urgency level. The more complacent your team or your parish, the more difficult it will be to create a sense of urgency. Kotter lists nine ways to increase urgency for business teams, and not all of them translate well to ministry teams. However, some of his action steps can give us some insight. Here are five.

Excess in the business world includes things like country club memberships and executive dining rooms. What excesses do RCIA teams have? One example that comes to mind is the number of baptized candidates in our RCIA process. Unless a baptized person is truly uncatechized (as opposed to under catechized) they are not subjects of the Rite of Christian Initiation of Adults.

When I’ve said this at workshops, inevitably someone responds, “If we didn’t include baptized people, we wouldn’t have anyone at all in the RCIA!” Exactly. And that’s a crisis. That requires urgent action.

Business targets include things like profits and productivity. Initiation ministry has one target—hearts converted to Christ. Our single purpose is to find people who have not heard the good news and lead those people to Christ. Most of us are not used to thinking of finding people who need to hear about Jesus. We wait for them to find us.

Who in your parish is responsible for finding people who have never heard the good news? I’ll tell you who it is in my parish. It’s the Holy Spirit. We wait for the Holy Spirit to send us people. And that is the only person we hold accountable. If no one shows up, well, the Spirit must not want us to initiate anyone this year. That, of course, is a terrific example of complacency.

Use consultants to force more relevant data and honest discussion

Let’s face it. Most of are not good at evangelizing effectively. We need help. Fortunately, there is lots of help available.

Bombard people with information on future opportunities and rewards

What rewards do you get from initiation ministry? Here’s what it is for me. When I meet someone who really has no idea who Jesus is, and then I witness them turning their life around and experiencing, for the first time, the hope and peace I’ve known all my life—it’s like drugs. I’m addicted. When I help a faithful Protestant-married-to-a-Catholic experience his faith more deeply, that’s a thrill too. But it doesn’t compare to walking with someone who is meeting Christ for the very first time.

It is possible you have team members who have never experienced leading someone to Christ for the first time. Tell them stories. Tell them what it’s like. Increase their level of urgency to go out and share the good news with those who have never heard it.

I know from talking with lots of teams across the country that some of you are already good at increasing the levels of urgency in your parish. And some of you have been trying to initiate change, but you get stymied by high levels of complacency—”the way we’ve always done it.” If you’d be willing to share your stories, you can help the rest of us get better at this.

Thanks for your thoughts and for all you do to bring people to Christ.