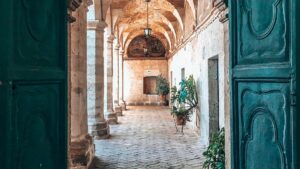 One thing a lot of people may not know about the Rite of Christian Initiation of Adults is that it includes a rite that is not a rite of initiation. There were two important reform movements that let up to the Second Vatican Council in the 1960s. One was the liturgical movement. The restoration of the catechumenate came out of that movement and is called for in the Constitution on the Sacred Liturgy.

It used to be that Christians who wanted to become Catholic would do so by celebrating a rite originally intended to reconcile heretics and apostates to the church. And, just to be sure, they would usually be conditionally baptized.

Happily, during the early part of the 20th century, that changed.

Greater unity in the church

All the major Christian churches, including the Catholic Church, engaged in serious ecumenical dialogue that led to deeper mutual respect for each other’s’ traditions and some tentative steps toward greater unity. That dialogue continues today.

One of the really great outcomes of the ecumenical movement is the Rite of Reception into the Full Communion of the Catholic Church. There is nothing in the rite that mentions reconciliation of heretics. Nor is there any hint of baptism. The church’s stance against conditional baptism of other validly-baptized Christians is very strong. The rite is intended to be a simple reception of a brother or sister in Christ into full communion of the Catholic Church. The rite says:

The rite is so arranged that no greater burden than necessary (see Acts 15:28) is required for the establishment of communion and unity. (RCIA 473)

Another very important aspect of this rite is that the Christian is received into full communion, meaning that by their baptism they are already in partial communion. Because the Christian is already in partial communion with us, we need to discern with them the best way for them to prepare both spiritually and doctrinally to celebrate their reception into full communion. That preparation needs to be “adapted to individual pastoral requirements” (RCIA 476). A single, one-size-fits-all program will not do.

Anything that would equate candidates for reception with those who are catechumens is to be absolutely avoided. (RCIA 477)

Because the Christian is already in partial communion with us, we need to discern with them the best way for them to prepare both spiritually and doctrinally to celebrate their reception into full communion.

Preparing candidates in your parish

For baptized candidates who already have a relationship with Jesus Christ and who are already living as Christians, they will need a much shorter, less intense preparation process than the catechumens. So you can discern with the candidates what aspects of the catechumenate formation will be helpful in each candidate’s faith journey. Once you have an idea of what that is for each candidate, they can participate with the catechumens in just those parts of the formation process that are appropriate for them.

In other words, you don’t necessarily need two separate processes; you just need to pare down the elements of catechumenal formation that are not necessary for faithful Christians to participate in. The rite of reception expects this will happen:

The baptized Christian is to receive both doctrinal and spiritual preparation, adapted to individual pastoral requirements…. (RCIA 477; emphasis added)

As part of their individual adaptation, a very specific subset of the baptized candidates “may benefit from the celebration of liturgical rites marking their progress in formation” (RCIA 478). The rite suggests that these liturgical rites might include one or several of the rites in Part II of the Rite of Christian Initiation of Adults, “Preparation of Uncatechized Adults for Confirmation and Eucharist.” However, note that those rites may only be used with candidates “who were baptized as infants…but did not receive further catechetical formation nor, consequently, the sacraments of confirmation and eucharist” (RCIA 400).

Frequently, parish teams will celebrate these rites with all of the baptized candidates, even if they already have had some Christian formation. That is not what the church intends for the use of these rites.

For baptized candidates who already have a relationship with Jesus Christ and who are already living as Christians, they will need a much shorter, less intense preparation process than the catechumens.

So what liturgical rites can we celebrate with baptized Candidates who have had some previous formation and wish to mark their progress in formation?

These very Catholic practices would ground baptized candidates deeply in the Catholic tradition of liturgy and prayer and would go a long way toward recognizing that their baptism in Jesus Christ makes them members of the baptismal priesthood just as it does for us.

What has the preparation of baptized candidates looked like in your parish? How are the rites celebrated with them? Share your thoughts in the comments below.

Photo by Chelsea Cook from Pexels.