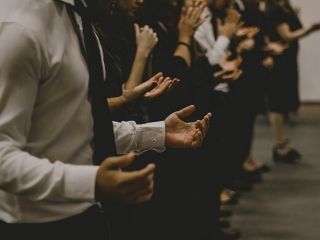 As I sit down to write this post, I’m a bit distracted. In less than a week, we are leaving for a vacation in Japan. I am nervous and excited. My mind spins with equal force around the adventures we’ll have and possible things that could go wrong.

I bought travel insurance, including medical and emergency evacuation. I downloaded an app to help me translate. I have a travel wallet to keep my passport and money safe from pickpockets.

Almost everyone I tell about this upcoming adventure says versions of the same two things: 1. Have fun; 2. Stay safe.

What I want to focus on in this post is the stay-safe, buy-insurance, beware-of-pickpockets part of the trip. These are minor things that will probably not figure at all into the trip. But they have the potential to make things very, very bad.

Click for your FREE copy of: “Five ways to make the RCIA the responsibility of the whole parish”

The catechumenate is a journey

Our catechumens are also on a journey. And we expect that everything will be fine for them along the way. But there are things that could go wrong. One catechumen I knew just stopped coming to church one week. She stayed away for months. Another got arrested because he was hanging out with some of his friends. Friends who he was bound by his parole agreement to avoid. Another lost his job and almost lost his very new faith.

The point of prayers in the early church was to surround the catechumens with a wall of prayer to protect them from whatever or whoever might sway them from their baby faith.

These prayers were lost in the early Middle Ages when the catechumenate faded out of use. The form of them, if not the prayers themselves, were recovered with the development of the Rite of Christian Initiation of Adults in the 1970s and 1980s.

You can find them at RCIA 90-94 in the section titled “Minor Exorcisms.” Exorcism is the word that the early church leaders used for these kinds of prayers. But the purpose of these catechumenal exorcisms was not and is not about casting out demons, which is what we often think of when we hear that word.

When and how an exorcism can happen

Any qualified catechist or deacon or priest can celebrate a minor exorcism with one or more of the catechumens whenever a need arises. The rite assumes these would usually be public celebrations—as part of a liturgy of the word or at the conclusion of a catechetical session or even as part of Sunday Mass. However, if a catechumen is having a particularly difficult struggle, we have the option of praying one of these prayers privately with them.

There are eleven prayers of exorcism. The word “exorcism” is never used in the prayers themselves. The prayers include petitions like: protect them, free them from evil, watch over them, heal their weakness, purify their hearts. Like the Blessings of the Catechumens, they are somewhat progressive, with the early ones seemingly more appropriate for beginning catechumens and later ones for mature catechumens.

Here are some times when you might celebrate a minor exorcism with a catechumen who needs prayer:

A minor exorcism should be as common as any other kind of prayer we offer the catechumens on their journey of faith. Whenever we pray one of these prayers and whichever one we choose, they all have this goal (from the final exorcism prayer):

Bring to fulfillment in them the plan of your grace, so that, faithfully following Christ, they may come to drink the waters of salvation.

This is going to be a wonderful journey. And we want to keep them safe.

P.S. If you celebrate one of these in a liturgy of the word service, be sure to pay attention to the four liturgical arts in RCIA rituals.

Click for your FREE copy of: “Five ways to make the RCIA the responsibility of the whole parish”

Photo by Pedro Lima on Unsplash