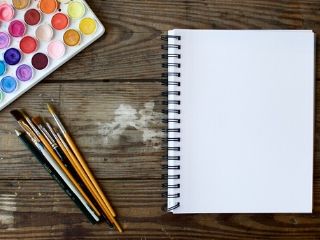 Celebrating liturgy well is important. It is especially important in the rites of the catechumenate. The U.S. bishops said, “Good celebrations can foster and nourish faith. Poor celebrations may weaken it” (Sing to the Lord, 5).

What makes one liturgy good and another poor?

Most people who are trained in liturgy can tell us, but most people are not trained in liturgy. Liturgy is a dramatic art. Any art form has principles that are usually followed. A film, for example, has a cinematic language. As people who watch films, we don’t really need to know how a film is made. But all of us are film critics. And the more we know about why a film works or doesn’t work, the better we are at critiquing a film.

This is also true about the art of liturgy. Most of us will never be in charge of making liturgy happen. But all of us critique the liturgies we celebrate. Usually we just say a liturgy was boring. Or it was great. And often we don’t go much deeper than that.

Click for a free resource: Five ways to “get more” out of Mass

As ministers in the catechumenate, however, we need to know how to critique the rites our catechumens and candidates celebrate because the liturgy is the primary place of their formation (see Constitution on the Sacred Liturgy, 10 and 14).

So, for example, if an inquirer in your parish celebrated a Rite of Acceptance into the Order of Catechumens in a way similar to the story of Jamie’s acceptance that I wrote about previously, what are the key elements participants in that liturgy might comment on?

In any liturgy, there are four kinds of things that need to work well. These are the four liturgical arts of:

If a liturgy seems boring or disjointed, it is usually because one or more of these four arts was not well attended to. So in the story of Jamie’s acceptance, there are some important words. And the words tell a story.

There is Fr. Tom’s question to Jamie and Jamie’s response. But it is not a rote question and answer. Jamie’s RCIA team and Fr. Bill worked hard to “greet the candidate in a friendly manner” and “recall…the particular experience and religious response by which the candidate, following their own spiritual path, come to this first step” (RCIA 49). And, instead of reading the exact dialogue of the rite, the liturgy planners used “something similar” and “other suitable responses” that came from Jamie’s heart. Fr. Tom then phrased “his next question according to the answer received” (RCIA 50).

Therefore, as a participant in the liturgy (and not a liturgy planner), we could ask, did the words tell a story? Did the dialogue seem real? Did a real question get asked, and was a real answer given? An answer not previously known to the questioner? Because if the questioner already knows the answer, what’s the point of asking?

As ministers in the catechumenate, we need to know how to critique the rites our catechumens and candidates celebrate because the liturgy is the primary place of their formation.

There was music to accompany all of this movement. For the music to work, it had to be music the assembly could and would sing while walking—without books or worship aids. It had to be music that fit the rite. It was not just church music, but ritual music that moved the ritual along and supported its action.

Then next time you are at Mass, try noticing the ways in which the liturgy does well with the arts of word, movement, music, and environment. And notice some ways those arts might have been employed better. The more we practice critiquing liturgy using the language of liturgy, the better we will be able to help our parishes celebrate the rites of the catechumenate.

Click for a free resource: Five ways to “get more” out of Mass

Photo by Tim Arterbury on Unsplash