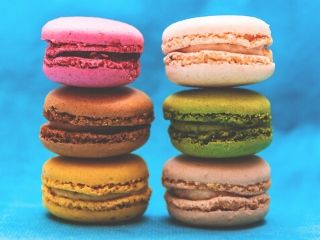 Myth: A year-round catechumenate process is harder than a school-year program

Every parish team I’ve talked with that has transitioned to an ongoing catechumenate process tells me that the amount of work involved is either the same or less than when they were running a school. See:

Myth: It takes a long time to become Catholic

In North America, the majority of the seekers in our catechumenate processes are already baptized. Many baptized people do not need to be in the process for very long. See:

For unbaptized catechumens, they need to be in the catechumenate for at least one full liturgical year. However, once they become catechumens, they are at that moment joined to the church. So it does not take very long at all to become a member of the Catholic community. See:

Myth: If we don’t teach directly from the catechism (or a textbook or a video series), we risk not teaching the full doctrine of the Catholic Church

The goal of the catechumenate process is not a mastery of doctrine. It is conversion to the person of Jesus Christ. Pope Francis says that what we are to teach is the first proclamation that Jesus loves you. See:

Once they become catechumens, they are at that moment joined to the church. It does not take very long at all to become a member of the Catholic community.

Myth: The seekers are a small faith community, and it is important for them to all journey together

The goal of the catechumenate process is conversion to the person of Jesus Christ. It is not to join a small group. We find the presence of Christ most fully in the ecclesial community, especially when we gather for worship. See:

Myth: It is inhospitable to dismiss the catechumens from Mass

Myth: 50% of those initiated through the RCIA no longer practice their faith five years after initiation

This is just untrue. It is not supported by any study or any verifiable statistics. In fact, the opposite is true. See:

Photo by Baher Khairy on Unsplash