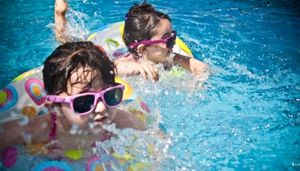 There is a story about an old fish that swims near a couple of teenage fish. As he passes by, he says, “Hey guys, how’s the water?” And then, as the older fish swims away, one of the young fish says to the other, “What’s water?”

Trying to describe water to a fish is a little like trying to describe a person’s culture to that person. We swim in it from the moment we’re born, and our own culture just seems like reality. It seems normal. Everyone else’s culture seems exotic, adventurous, different, and maybe a little peculiar.

For a Christian, a catechumenal culture should be the norm. It should be the water we swim in. Sadly, that is often not the case. As more and more of the population in the United States and other developed countries moves into urban centers, the influence of secular culture grows stronger. The Directory for Catechesis says:

In modern cities, as compared to rural cultures or the previous urban situation, cultural models are often generated by other institutions, no longer by the Christian community, with “new languages, symbols, messages and paradigms which propose new approaches to life, approaches often in contrast with the Gospel of Jesus.” (326; quote from Joy of the Gospel 76)

That doesn’t mean the values of a catechumenal culture are absent from modern cities. But it does mean we have to work harder to identify and promote them, even within our own parishes.

So what does a catechumenal culture look like? In a sense, that is what seekers are asking when they show up. When they ask how to become Catholic, or how to get married in our parish, or how to have their baby baptized, or how to…whatever, they are seeing something that is different from the culture they are immersed in. They are seeing something different or exotic or adventurous that is attracting them to us.

Our challenge as initiation ministers is to make sure the culture we invite the seekers into is actually a catechumenal culture and not a culture that is overly influenced by “new languages, symbols, messages and paradigms which propose new approaches to life, approaches often in contrast with the Gospel of Jesus.” This is a real danger. Our parishes, our initiation teams, our pastoral leaders are not immune to the influences of the larger, outside culture.

So let’s look at some of the key elements of a catechumenal culture so that we can both identify and amplify those elements in the surrounding secular culture and also strengthen our own grasp of these values within our parish communities.

A walk, not a race

Secular culture demands instantaneous results. Your Amazon order can be delivered within hours. Siri can answer any question whenever you think of it. Seekers who want to become Catholic often want to know how fast they can get this done. This bleeds over into our community life when we have to get Mass over in time to get home for the game.

In contrast, a catechumenal culture is centered on a gradual process of a Spirit-led journey of faith. We move step by step, paying attention to the people around us and always looking for unexpected signs of God’s presence.

No one walks alone

In 1831, a young Frenchman, Alexis de Tocqueville, coined the word “individualism” to describe his impression of life in the United States. While there are a lot of benefits to recognizing each person as an individual, the flip side of the coin is to make ourselves the center of our own small, private world without regard for others.

In a catechumenal culture, we are always centered on the other. And while we believe Christ encounters each of us individually, we also believe that we are each integral, interrelated parts of a Body, no one part of the Body being elevated over another part.

In a catechumenal culture, we are always centered on the other. And while we believe Christ encounters each of us individually, we also believe that we are each integral, interrelated parts of a Body.

Jesus is our model for our cultural concern for the other. He constantly challenged the disciples to go further than the surrounding culture would ask them to. We are to forgive not seven times, but seventy times seven times (see Mt 18:22). We are to sell all we have and give our excess to the poor (see Mt 19:21 and Lk 18:22). And Jesus’s ultimate example was his death on the Cross for our sakes (see 1 Jn 3:16).

Many seekers who come to us have learned all their values from the secular culture. In order to live within a catechumenal culture, they often have to make big changes in their lives. They learn how to make that conversion by our example. Even those of us who were raised in a catechumenal culture since birth are tempted by some of the things of the world. We have to constantly renew our conversion and commitment to our life in Christ.

When the seekers see us renewing our conversion over and over and over again, they gradually learn how to live in the world as a disciple without being seduced by secular culture.

The church teaches that those of us in a catechumenal culture are on a spiritual journey and that journey is suited to adults (see RCIA/OCIA 5). However, our understanding of “adult” has been conditioned by the rugged individualism of the secular culture.

I think the gospel stories give us a good picture of what “adult” should mean to us. When we follow the example of disciples when they were being their best selves, we are spiritually “adulting.”

In the secular culture, the trains run on time. By that, I mean that there is a high value placed on predictability. In a catechumenal culture, there are unexpected encounters with unexpected people, like the Samaritan woman at the well, the blind man of Bethsaida, and Lazarus of Bethany. There is not much that is predictable except for God’s boundless love for us.

In a catechumenal culture, every day is a day filled with surprises and unexpected grace.

All of us who live in a catechumenal culture either have been or soon will be plunged into the waters of salvation. Unfortunately, not all of us “swim” in that water all day, every day. Some of our parishes and some of our parishioners take on far too many aspects of secular culture. Part of this is just the nature of being human. We get tempted by shiny objects and fleeting pleasures that our neighbors and coworkers think of as normal.

But another big part is lack of encounter. It is a sad reality that many Christians have never had a true encounter, on a deeply personal level, with the risen Christ. I think this is a challenge for initiation ministers.

While much of our ministry is about accompanying seekers on the journey of faith, I think at the same time we have to be inviting our parishioners onto that same journey. For some, they will already be walking right along with us. And for others, we’re going to need to provide a lot of invitation, encouragement, and direction.

If we do that, we can look forward to the day when living in a catechumenal culture is like fish swimming in water for all of us.

Photo by Juan Salamanca from Pexels.