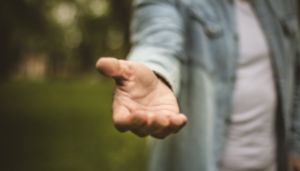 Years ago, I volunteered for a parish catechumenate team. After several e-mails and voice mails went unanswered, I just showed up at one of the team meetings. There were about six people sitting around a cafeteria table, and they were surprised to see a new person. I told them I was interested in helping out. And they told me thanks very much, but they didn’t need any more help.

I sat down anyway.

As I got to know them over the next year, they were all very kind and loving people. But they were also very resistant to change. What I discovered was that they were part of a larger culture that had a somewhat ridged understanding of parish systems. My goal was to get at least some of the catechumenate team to work with me to begin to create a new culture.

Why did I want to do this? Why was important for me to go up against some pretty stiff resistance to try to create a new culture?

Why bother with creating a new culture?

Pope Francis was not yet pope at that time, but something he wrote early in his papacy sums up why creating a new culture was so important. In Joy of the Gospel, he said that as a church, we are a community of missionary disciples. Because Jesus first loved us and healed us, we have to take the initiative to go out to tell others that Jesus loves them, welcomes them, wants to heal them, wants them to be at peace. The pope said, “Let us try a little harder to take the first step and to become involved” (24).

When I sat down at that cafeteria table, I was trying a little harder to take the first step.

But (big breath), the first step is not enough. A “first” step implies more steps. The pope continued:

Nevertheless, I want to emphasize that what I am trying to express here has a programmatic significance and important consequences. I hope that all communities will devote the necessary effort to advancing along the path of a pastoral and missionary conversion which cannot leave things as they presently are. “Mere administration” can no longer be enough. (The Joy of the Gospel, 25)

The “mere administration” culture is deeply embedded in many of our communities—so much so that a lot of parishes don’t even realize that is their culture. It is just they things are and the way things have always been. There is seemingly no other option. The “mere administration” culture is characterized by prioritizing systems and programs over people. In the parish where I was trying to volunteer, they had their catechumenate program set. They didn’t need me.

The missionary conversion culture—which can also be called a catechumenal culture—is characterized by discernment and mercy. Every seeker we encounter is a Samaritan Woman, a Blind Man, a Lazarus—an individual in deep need of healing and conversion. Every person Jesus encountered—and those the apostolic community encountered after him—became a missionary disciple. They did not take disciple classes. They did not enroll in a disciple program. They were healed by a loving encounter with Jesus and then went out to tell others what had happened to them.

Seekers that Jesus encountered did not take disciple classes. They did not enroll in a disciple program. They were healed by a loving encounter with Jesus and then went out to tell others what had happened to them.

What is our church actually here to do?

This is the central mission of the church. We say that a lot, and in some form or another “evangelization” is in our parish mission statements. But sometimes the words don’t match our actions. We do not often enough find parishes striving for a catechumenal culture. Pope Francis said:

I dream of a “missionary option,” that is, a missionary impulse capable of transforming everything, so that

can be suitably channeled for the evangelization of today’s world rather than for her self-preservation.

The renewal of structures demanded by pastoral conversion can only be understood in this light:

and in this way to elicit a positive response from all those whom Jesus summons to friendship with him. (The Joy of the Gospel, 27)

Because I grew up Catholic and have worked in Catholic parishes, I understood that my unanswered e-mails and voice mails and the chilly reception I received when I showed up at a meeting unannounced were not indications that I was unwanted or unloved. It is just part of the “mere administration” culture that infects so many of our parishes. I didn’t fit the program.

But imagine if I were a seeker trying to find out how to get married or how to have my baby baptized or how to become Catholic. What would that person take away from the kind of (non)response I received? I know that none of us want to turn seekers away, but it happens every day. It happens in parishes that have phrases like “everyone is welcome” in their mission statements (as did the parish in which I tried to volunteer).

We have to change. We have to embody a catechumenal culture so “all those whom Jesus summons” will find healing and hope in our parishes. Let’s all try a little harder to take the first step.

What cultural changes need to happen in your parish? What steps can you take today to get where you want to be in the near future? Share your thoughts in the comments below.