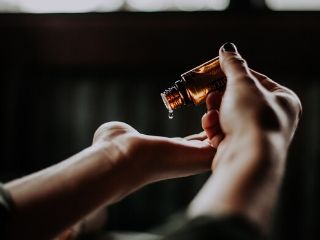 A while ago, I tried a new recipe that called for coconut oil. It was the first I’d heard of that kind of oil. Over my many years in the kitchen, I’ve expanded my repertoire beyond to Wesson Oil my mother used for cooking and the Crisco my grandmother used for baking. California olive oils are a distinct as its wines. Peanut and grapeseed oils are great for deep frying because of their high smoke points. Sesame oil gives Asian stir fry a particular character.

What types of oils does the church use?

The church also has specialty oils for particular uses. Chrism is both the holiest and most versatile oil, used in multiple sacramental and near-sacramental rituals. We use chrism to anoint in the way Christ is anointed.

The oil of the sick has an obvious single use, but — unlike when I was a child — it can be used multiple times. It used to be reserved for those close to death (“extreme unction”), but it is now used for anyone who suffers from serious, though not necessarily terminal, illness.

The oil of catechumens is perhaps the least familiar of the church’s oils. It might be the “coconut oil” that many of us have not yet heard of.

The meaning and use of oil for anointing has evolved over time. In the Old Testament world, people were anointed for health, hospitality, and blessing. Jesus would have been familiar with those uses of oil. Oil was also used for consecration. Kings, priests, and prophets were anointed. Most significantly, the coming savior was called the “Anointed One,” which in Hebrew is Messiah and in Greek is Christ.

What role does anointing play in the RCIA?

The Rite of Christian Initiation of Adults gives a very specific meaning to the anointing of the catechumens:

The anointing with oil symbolizes their need for God’s help and strength so that, undeterred by the bonds of the past and overcoming the opposition of the devil, they will forthrightly take the step of professing their faith and will hold fast to it unfalteringly throughout their lives. (RCIA 99)

Even so, all the other biblical and early-church associations with anointing cannot be completely separated from the catechumenal anointing. Oil is one of the core symbols of the church that reveals the mystery of God in multiple ways.

We discover other meanings of the oil of catechumens embedded in the prayers over the oil and over those being anointed:

Lord Jesus Christ, sent by the Father and anointed by the Spirit….

Let them submit themselves to the Spirit of grace, so that, with hope in their calling, they may join the priestly people….

[Y]ou have chosen to make this oil, created by your hand, an effective sign of your power….

Bless this oil and strengthen the catechumens who will be anointed with it. Grant them your wisdom to understand the Gospel more deeply and your strength to accept the challenges of Christian life.

We anoint you with the oil of salvation….

May he strengthen you with his power….

Where can you celebrate an anointing?

The anointing is ideally celebrated in the context of a liturgy of the word service. Or it can be celebrated at Sunday Mass, after the homily and before the dismissal of catechumens. The presider for this celebration is always a priest or a deacon.

When would an anointing be beneficial or desirable for catechumens? Look at the images in the prayers given in the rite, and imagine what might help them on their journey of faith.

The anointing of catechumens should not be as rare as our use of coconut oil in cooking. It should be a regular occurrence in their formation process to help them as they grow in their discipleship. Ask they Holy Spirit to strengthen your own priestly gifts as you look for times when this celebration might be beneficial for your catechumens.

P.S. If you celebrate an anointing of the catechumens, be sure to pay attention to the four liturgical arts in RCIA rituals.

Photo by Christin Hume on Unsplash