1: Catechumens have a job to do 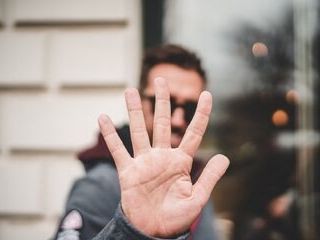 The reason catechumens are dismissed for the Mass after the homily is not because they cannot yet share in Communion. It is because they have a specific role in the worshipping assembly. As soon as a person enters the order of catechumens, they have two important liturgical responsibilities.

First, they participate in the liturgy of the word to hear the Word and be fed by Christ present in that Word and assembly. Second, they “share their joy and spiritual experiences” (RCIA 67A) that they received from Christ in that Word. Their dismissal after the homily is similar, then, to the dismissal the baptized receive at the end of Mass: “Go and announce the Gospel of the Lord.”

In a sense, the catechumens are being commissioned, sent out to do the second part of their job. Once they enter into the order of the faithful, their liturgical responsibilities will change as well. (see #4 below)

2: Catechumens do this job for the entire period of the catechumenate

3: The time after the dismissal from Mass is not catechesis; it’s a continuation of the liturgy

Dismissal is not a time for catechesis. It is a time for reflection, prayer, and faith-sharing that flow from God’s Word. The leader is not a catechist. He or she only needs to be someone who loves the Word and the catechumens and can facilitate a prayerful reflection with them.

Dismissal is not a time for catechesis. It is a time for reflection, prayer, and faith-sharing that flow from God’s Word.

This could be a youth minister, a first Communion catechist, a choir member, a lector, someone from the parish council, a Bible study participant, or a member of the Women’s Guild. It could even be a catechumen who is almost ready to be baptized and has some experience with the dismissal gathering.

4: The baptized candidates are never dismissed with the catechumens

The baptized, by virtue of their baptism, have a different job to do than the catechumens because of their order. They are members of the order of the faithful. That means they have the right and duty to pray the prayers of the faithful. These prayers are: the Creed, the Universal Prayers (general intercessions), and the Eucharistic Prayer.

Even though they cannot yet share in Communion, they exercise their priestly role by praying these prayers. Also, even if they are barely or poorly catechized, the baptized candidates are not dismissed to be catechized. The dismissal of catechumens is not for catechesis but for faith-sharing. The baptized candidates, as with the catechumens, are learning their faith primarily by their participation in the Mass according to their order.

At times, for serious reasons, a catechumen cannot be dismissed because of a practical or pastoral reason. One example might be a catechumen who is a single mother with baptized children, and she does not want to leave her children alone. Or you have only one catechumen, which may make faith-sharing challenging.

For the other situations, there is still value in recognizing the catechumen during the Mass. For them, use the brief exhortation at RCIA 67C. In that option, the catechumen is invited to stay, and the presider briefly states our prayerful hope for them.

How have you helped your catechumens understand this part of the RCIA? What questions do you have about the dismissal? Share your thoughts in the comments below.

Photo by Zan Ilic on Unsplash